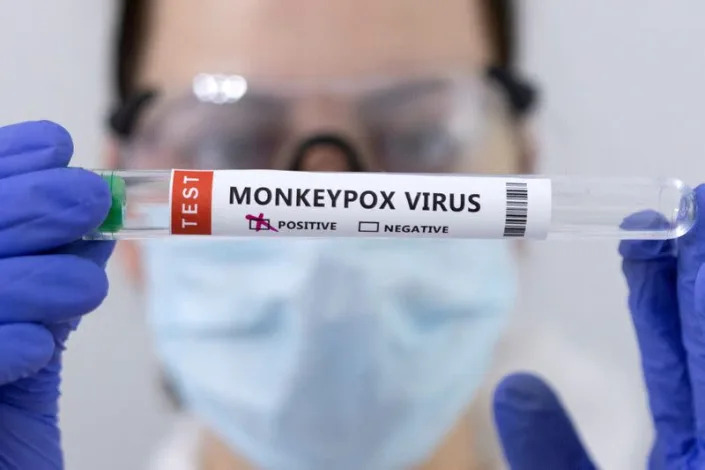 The World Health Organization (WHO) in an Attempt to  Take Away the Stigma of the Monkeypox That has Hit the Male Homosexual Community Very Hard Brings up the Fact That African Monkeypox Cases Are Not Concentrated Among Men Having Sex With Men — Daniel Whyte III Says, Let me Explain to You What is Going on Here. First of all, the World Health Organization Does Not Take Into Account God Almighty, so the World Health Organization (WHO) and Most of the Educated World Are Baffled by What is Taking Place With the Coronavirus Plague and Now the Monkeypox Plague. This is Very Simple. God is Using an Old Disease That the World Health Organization (WHO) Says Originated in Africa and Has Turned it Into a Monkeypox Plague Against the Out-of-Control and Over-the-Top Male Homosexual Community for Practicing the Abomination of Men Calling Themselves Having Sex With Men, Which Has Exploded Since the Western Church and the American Church Have Colluded With the Government to Sanction and Endorse the Abomination and Sin of Homosexuality and Homosexual Marriage, Which Many Bible-believing Christians Believe That When Churches and the Government Believe and Accept it is Alright to do This, we Have Crossed a Dangerous Line With God, and That is Why the Most Educated People in the World are Baffled, do Not Understand What is Going on, and Cannot Stop it. The Only Way This Will Ever Stop is When all Bishops, Pastors, and Priests Give the 30 Pieces of Silver Back That They Were Paid by the Homosexual Community Through Foundations, Non-profits, and Celebrities to Betray God, Jesus Christ, the Church, and the Word of God and repent. There is no Other Solution. Bishops, Pastors, Priests, and Many Churches Have Failed God, Jesus Christ, the People of America, and Even Homosexuals by Not Giving Them the Gospel When They had a Chance, but Rather, Joined Them in Their Abominable Evil Against God. Also, by the World Health Organization (WHO) Revealing the Fact That the Monkeypox is Obviously Easily Transmitted to Other People Outside of the Homosexual Community, the Homosexual Community Can Serve as a Trojan Horse and is Serving as a Trojan Horse to Cause a Plague in the Church, the Government, the Nation, and the World Like the World Has Never Seen Since the Plague of Boils in Egypt. Deliver Yourselves From This Untoward Generation by Believing in the Lord Jesus Christ, Obeying Him, and Doing His Will for Your Life

Monkeypox outbreaks in Africa are not concentrated among gay men, unlike in other parts of the world, experts from the World Health Organization (WHO) and the Africa CDC said on Thursday.

But in Africa, where repeated outbreaks have been documented since the 1970s, the pattern of transmission is different, the experts said.

“Currently 60% of the cases that we have – the 350 – 60% are men, 40% are women,” said epidemiologist Dr Otim Patrick Ramadan, who was answering questions on monkeypox at a media briefing organised by the WHO’s regional office in Africa, and who was referring to the continent’s number of current cases.

He said that more than 80% of cases in Africa were in countries where transmission had happened before, and that typically people were initially exposed to the virus through contact with animals carrying it, before passing it to household members.